She asked why she was getting a big bill from the doctor.  Wasn’t her health plan company supposed to pay for it? “I thought having a health plan would reduce my medical bills!”

It’s a common question, especially from people who do not go to the doctor very often. How does a PPO network work with your health plan? How does it save you money? It’s simple really.

Go to a doctor in your PPO network – get a discount.

Do NOT go to a doctor not in your PPO – pay retail. Your choice.

Here’s a basic outline of the way it works when you go to a doctor that is in your PPO network. Let’s use the following example.

A Tip on Tracking Doctor Bills

When I get a bill from ANY healthcare provider I hold on to it until I receive the EOB from my health plan company. Among other things, I want to see what services were charged and how much of a discount I received. 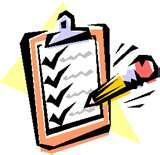 The EOB also tells me how much was paid to the doctor by my health plan and finally how much I owe.  The amount that I owe is shown on the EOB as “patient responsibility.”

If you don’t get an EOB then it’s either because the doctor’s office either has not submitted the claim OR the CLAIMS DEPT told them to correct it and re-submit it.

You see, by law the health plan company must complete a claim in 30 days UNLESS there has been a problem with the claim, such as the claim having errors from the doctor’s office or missing vital info.

There are probably other things that may cause you to have questions about insurance and about health plans specifically. Hey, if it wasn’t complicated we insurance advisers wouldn’t have to spend hundreds of hours studying it.

Feel free to call or email me with questions or just leave a comment in the box below.

The best advice on insurance

Good News! CHOICE is back.

You deserve to know that OBAMACARE is NOT the only approved health plan.
We have ObamaCare plans as well as other, more competitive health plans.
How is this possible?  The elimination of the Individual Mandate.
Please complete this form.  We will send you a COMPARISON as soon as possible.